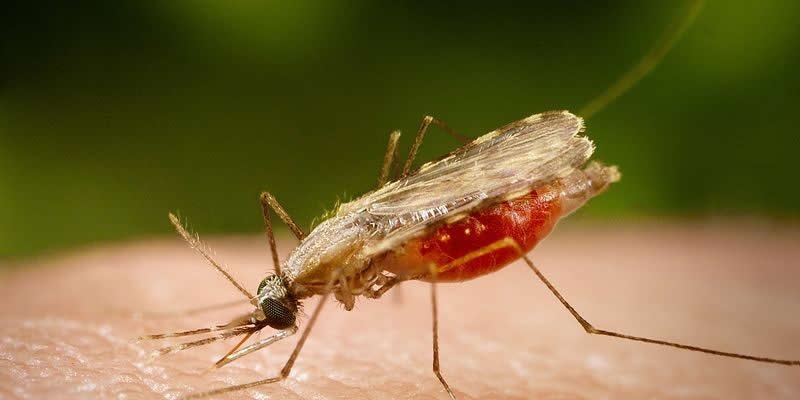 In 2015, the Word Health Organization stated that about half the world's population was at risk of contracting Malaria. Malaria is a highly infectious disease that is transmitted through the Anopheles mosquito containing the Plasmodium parasite. There are different variations of the parasite which can lead to different symptoms depending on the strain. The parasite manifests in red blood cells where they multiply until the cells rupture.

How is malaria spread?

Often malaria is spread through getting bitten by an infected mosquito. Mosquitoes usually contract the virus from a previously infected person. However since the parasite lives in red blood cells it is also possible to contract malaria through blood transfusions, sharing needles or even organ transplants. Furthermore, the disease is congenital meaning an infected pregnant woman can pass the disease onto her child.

Symptoms of Malaria often take 10 days to a week develop, since the parasite can remain dormant for some time. The symptoms of malaria are often fever like including vomiting, headaches, shaking chills, abdominal pain and in severe cases jaundice (yellowing of the skin and eyes), organ failure, swelling of blood vessels and anemia.

Risks of getting malaria.

Malaria has been eliminated from many developed countries with temperate climates, but still pose a huge problem in developing countries. The World Health Organization has identified countries where there is a higher risk of getting malaria. The highest risk is when travelling to West Africa and Oceania where malaria is the most prevalent. Furthermore, people should be most cautious when going out during the hours of dusk to dawn, since that is when the Anopheles mosquitoes are most active.

If you are worried you might have gotten malaria from a mosquito bite, you can go to your doctor to get your blood tested for malaria. The doctor, can also check for what type of parasite you have, since they require different treatment options. In some cases, the parasite manifests in the liver and has a possibility of relapsing with symptoms a couple of weeks after the initial symptoms have cleared. Currently, there is no vaccine for malaria, however there are many antimalaria drugs that can be provided by a health care professional.